Did anybody noticed that all the big guys are having promotion using every conceivable ideas and freebies to entice diners to their restaurant?

TGI Friday's was one of them , they are having a promotion of Rm29.90 for a two course meal i.e. for appetizer and entree. Add RM6/ for two choices of Dessert Minis.
Who could resists such a tempting offer?. We could not!
Last night, the seven of us ended up there for dinner. TGIF offers fresh and generous sized casual American style dining meal and if you eat in a group it will be a great experience trying out the different dishes. The place was quite noisy as some young guys were having a birthday bash. The good food and ambiance made up for it, but the lighting was bad for photography. Another bad point -smoking was allowed in the restaurant. 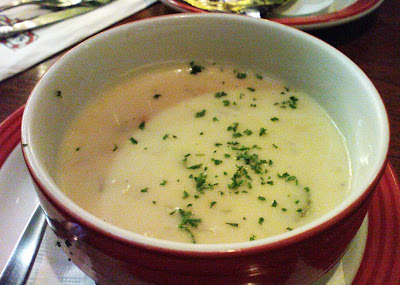 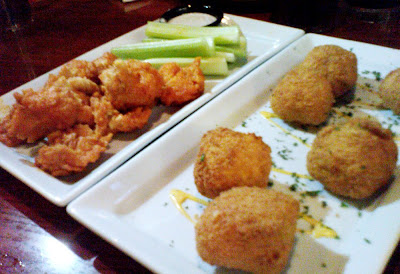 Appetizers:1. (Top) Clam chowder-blend with Celery, Garlic, Scallion and Potatoes-was creamy and smooth with a dash of pepper 2. (Left) Boneless Wings-basted in traditional Buffalo sauce served with fresh Celery sticks - crust was salty-meat was tender 3. Fried Mac and Cheese-golden fried to perfection and oozing with cheese-irresistible! 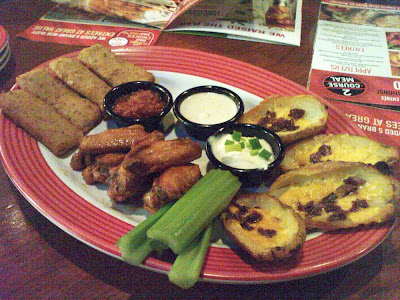 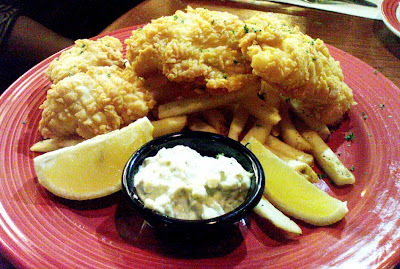 Entree-Fish and Chip-Three portion of Fish fillet battered and fried to golden brown and served with crispy fries and Tartar sauce-May's comment: Fish was fresh and juicy with a crispy crust. 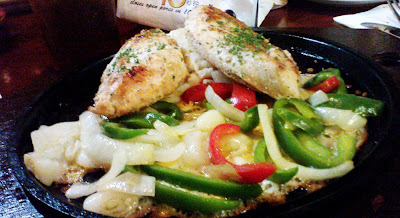 Entree:Sizziling Chicken and Cheese-A skillet of onions, red and green capsicums with garlic marinated chicken breast over melted Colby and Jack cheese. served with Cheddar cheese mashed potatoes-Mike's comment: Chicken meat was coarse and meaty and the greens were crunchy. 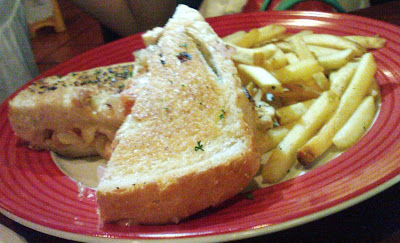 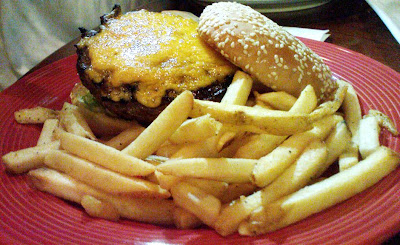 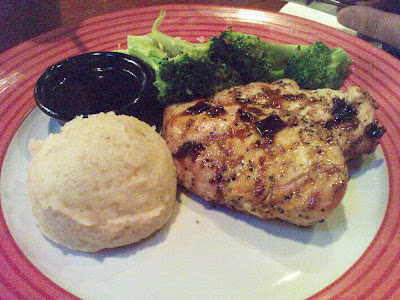 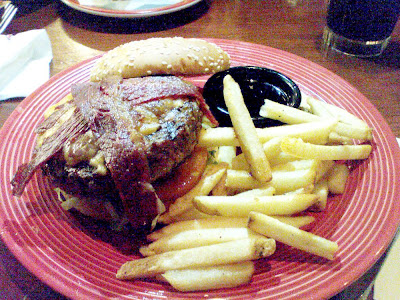 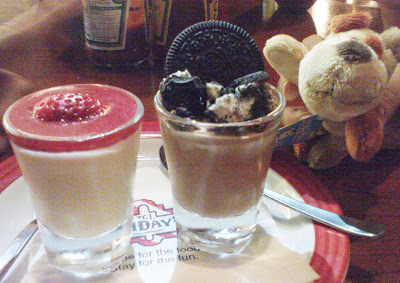 Dessert Minis-Strawberry and Oreo Chocolate-sweet and smooth- finished off in 4 spoonfuls!

Really looks reasonable! I've never tried TGI Fridays bfr, can go there have when i get my next paycheck^^

I like the appetizer plating and the dessert minis. Funny thing is that I've never been to TGI Fridays before even if they have so many advertisements and locations in our area.

New Kid on the Blog said...

TGIF, went there once in KL, just for the sake of the experience then after didn't have the interest anymore... I wonder why?

I try their Mini's before. ^o^

When will the promotion last?

Been there 4 times and find TGIF (1Utama) has somewhat compromised on the presentation and quality. Hope you have enjoyed your meal.

I haven't eaten at TGI Friday for a long time...

Like it on my very first visit but after a few times,now I only go for their mini's.

eh the fries not as plentiful as last time eh?

though RM29.90 for a set sounds fine! don't dig their buffalo wings though, the ones i had at their Sunway Pyramid outlet were horribly salty and tiny.

meet me in the red room said...

This is so funny- I live down the street from a Friday's and here in America it seems like there's one in every town. The ironic part is that I haven't eaten at one in years, despite the fact that they advertise pretty heavily. However, after reading this I think I might have to get there soon.

Went to Friday's (with a friend) in Maplewood, MN for their $5 sandwich or salad special, but it ended the day before. The waitress told her boss and guess what? He took $2.50 off each of our orders. I have to say the chicken breast with charlie dan. sauce was to die for. So good! So friendly. It was fun to go there. I will go back soon.